Contents of the kit:

The following components are required but not included in the kit:

MxA is an informative general biomarker for the most common acute viral infections. MxA protein expression in peripheral blood has been shown to be a sensitive and specific marker for a viral infection (i-iv). MxA is also a highly abundant protein in the active state and constitutes up to one percent of all cell proteins, which is highly advantageous for a biomarker (v). MxA has a low basal concentration of less than 50 ng/ml, a fast induction time of 1–2 h after infection and a long half-life of 2–3 days (v; vi).

MxA can be used as a marker for distinguishing viral from bacterial disease (vii-ix). This aids physicians in making the correct diagnosis and reduces unnecessary antibiotic treatment.

Inquire about this product 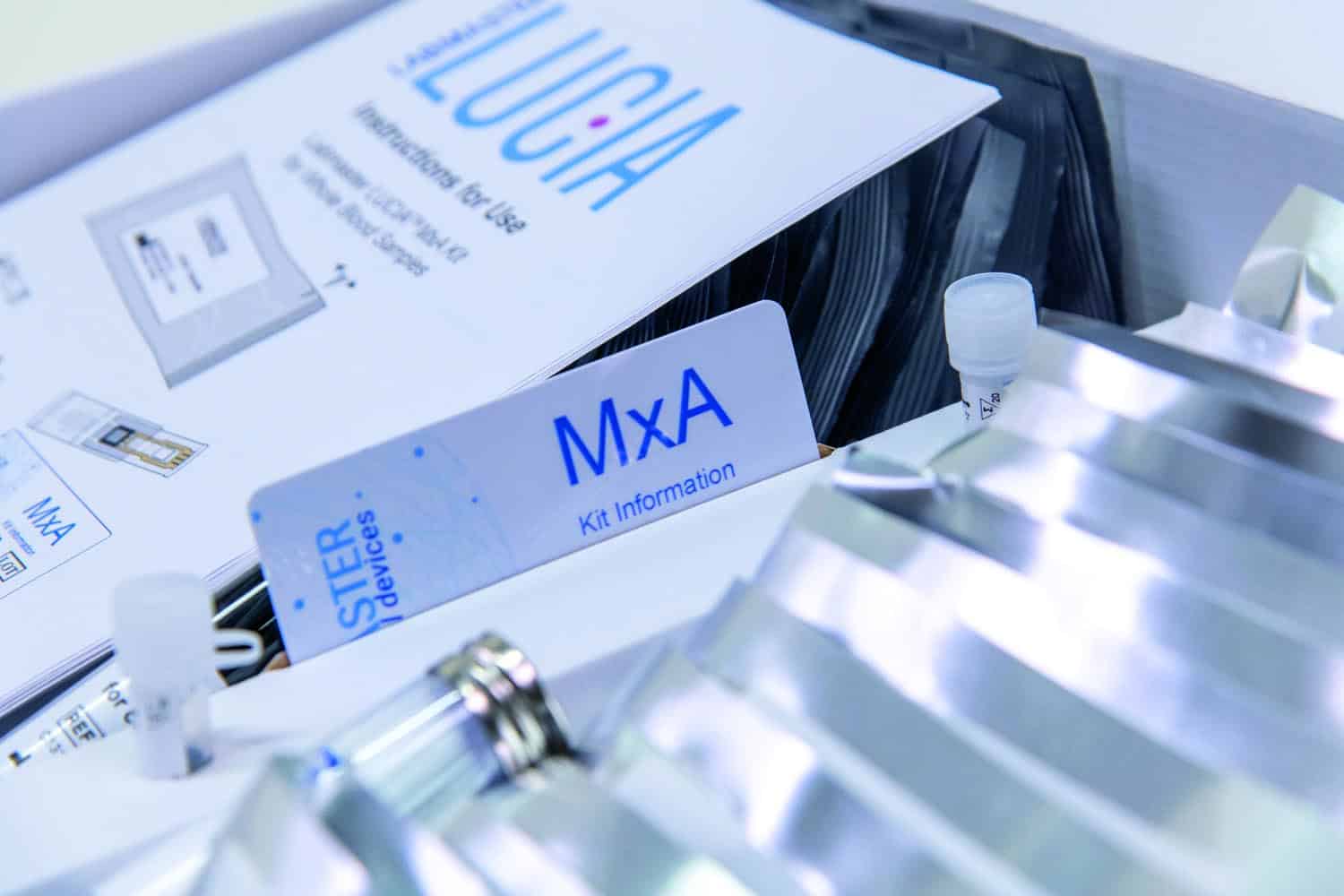 Legal disclaimer
Products designed, developed and manufactured by Labmaster Ltd. meet their specifications when stored, used and transported according to the instructions for use and product inserts. Labmaster LUCIA™ is a trademark designed and owned by Labmaster Ltd.

Not all products are available in all regions. Check with your local representative for availability in specific markets.

Manage Cookie Consent
To provide the best experiences, we use technologies like cookies to store and/or access device information. Consenting to these technologies will allow us to process data such as browsing behaviour or unique IDs on this site. Not consenting or withdrawing consent, may adversely affect certain features and functions.
Manage options Manage services Manage vendors Read more about these purposes
View preferences
{title} {title} {title}
Scroll To Top